How do you describe BlokeFest?

Well, it's not easy... you can form your own impression from watching some of the stuff that happens at BlokeFest in this short video.

BlokeFest is largely about Blokes having a great time and singing songs together in ways that have been lost in this modern world, er, apart from us.

So, to help with this process we put together the BlokeFest MAN-ual, a Song Book to help blokes remember the songs and the words on the weekend and hopefully inspire them to sing with other blokes on their return from the event.  And now we even have a Playlist on that very most modern of devices, t'interweb.

The leading lights behind the festival, The Magnificent AKs, certainly have by pinching most of the songs that were taught at previous BlokeFests for their repertoire! 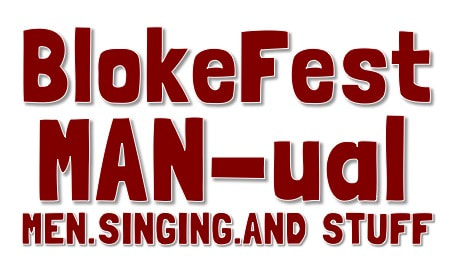 Download the BlokeFest MAN-ual from here.
It is best re-saved as PDF then printed from the PDF as a booklet, provided you can read the font, in the dark of a pub!

Are there any missing you would like to contribute?  If so, send the Title, the composer(s) and the lyrics to blokefest@gmail.com and we'll see what we can do before the deadline. 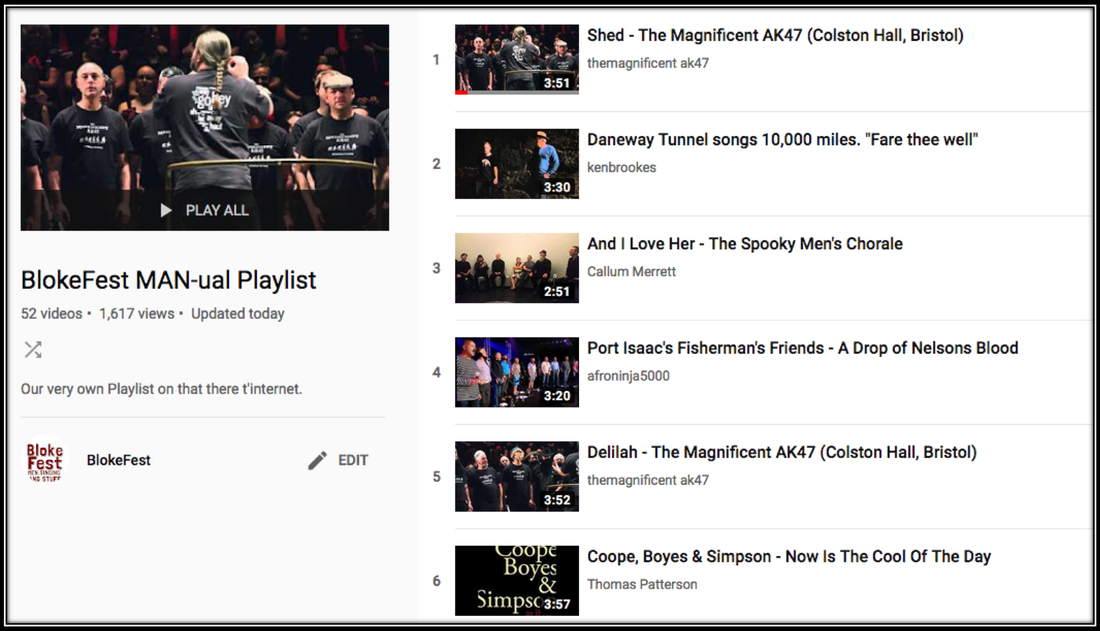 Watch & listen to the BlokeFest Playlist.
See many of the songs that are in the BlokeFest MAN-ual performed by an array of blokey talent all captured on video for your delight and education.

Our story begins in late 2011 when someone misheard a good idea and it turned into an even better one . . .

The motley crew that are The Magnificent AKs had just finished their very first Yuletide "Beer and Carols" evening in their home of Ashton Keynes and were mulling over organizing a genteel little A Capella festival in the village the following year.  Somehow, in the  the heady excitement of the afterglow of the performance  and amidst the haze of beer and mince pies, this idea morphed into being a festival for just blokes and the whole thing snowballed beyond mere pubtalk, survived the holiday period and gathered pace in the New Year.

A team, known as The BlokeFest Inner Circle, was formed and managed to draw upon a surprisingly wide range of talent who were pressed into action to research who could run Singing Workshops and to organize other manly activities, such as Axe throwing.  Unfortunately Axe throwing didn't make it past the "keep it simple" sanity check that happened a few weeks later, but sure enough, the schedule started to crystalize and eventually chrysalis-like a thing of beauty emerged from it's unpromising beginnings that was BlokeFest 2012.

We did a little follow up survey after the event and these were some of the nicest comments we received (there weren't any nasty ones!  So we must have got most things right). 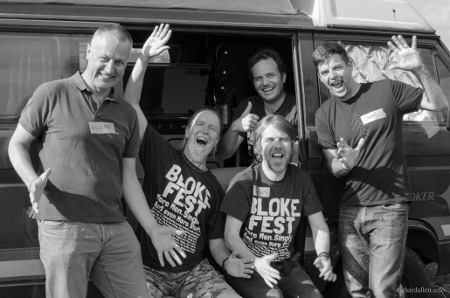 Interested?
Then nip over to the Registration page to, er, register
Register